It looks so easy when we think about how to hit a tennis ball. But actually, it’s not. There are some techniques and strategies which should be implemented to have good shots. Otherwise, you can just play tennis but can not become a good tennis player or have a good command of tennis skills like hitting topspin, backspin, or overhead shots.

Let’s understand the most effective way of playing tennis and having a solid grip on the game.

How to Hit a forehand Shots

Now we have one of the chief strokes of tennis, the forehand stroke. You can’t lead the game unless you play this stroke in the best way. When you strike the ball on the dominant side of your body, this is the forehand.

You use only one hand; when you’re done, your elbow must be pointing towards the other side. Moreover, in the forehand groundstroke, the swing path of the racquet goes over the player’s body with an open palm. The purpose of the forehand is to return the shot in a slow manner, changing its pace. 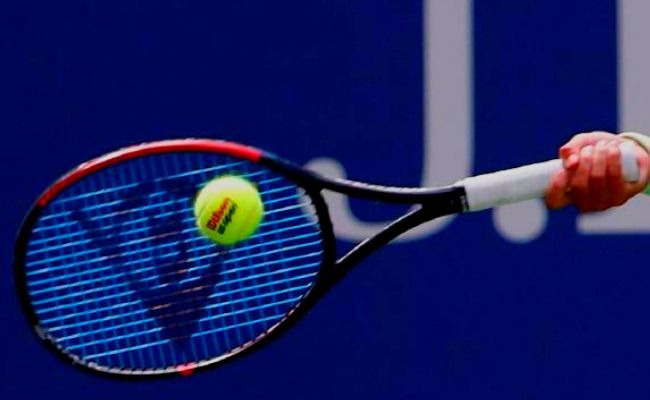 How to Hit Backhand Shots

However, you need to know when to use a single-handed backhand shot. It all depends on the necessity of the backhand. You make the backhand shot by swinging the racquet around your body with the back side of your hand toward the front.

Besides, when you finish the backhand, your left elbow must be pointing forward with the body rotation. With the two-handed stroke, the topspins are more profound and powerful. Also, it has more control over the balls; with fewer arm extensions, the control is more effective and tighter.

Effective ways of forehand and backhand

After describing the forehand and backhand strokes briefly, now I will discuss a few points that will enhance your game more and make you avoid tennis mistakes.

According to professionals, this is the most significant factor in tennis. How you hold the racquet defines evidently how effective and powerful your shot will be.

Focus on your standing and ready position. This will definitely make you capable of generating more powerful forehand and backhand strokes. While playing the backhand and forehand, don’t just be attentive about hands and arms. But also make sure that your feet are parallel to each other.

Another essential factor to work on is footwork drills. Concentrate on your high intensity with swift feet and a powerful swing. In order to improve your foot movements, exercise with the medicine ball swings. This will make your acceleration and speed more effective for the forehand and backhand.

However, if you are just starting to play tennis you have to know the tennis drills for beginners which will make you the best tennis player.

Exercise to make yourself ready to perform these strokes efficiently. You can do this with the medicine ball swing. This exercise will enhance your back movement, and you will enhance the correct position of the ball. Try to get more power by jumping from one leg to the other leg.

How to Hit Overhead Shots

Unlike all other shots that hit normally, overhead is a bit different and challenging. When you hit the shot in such a way that it goes over the hitter’s head in a service-like motion. This is what the overhead is.

When the opponent doesn’t hit the ball high or deep enough, this is the exact time for you to hit an overhead towards him. Besides, the ideal grip used for the overhead is a continental grip that makes the overhead shot more effective. The overhead can be done with both or one foot on the ground. But you need a high amount of force to hit the smash or overhead.

How to hit Two-Handed Backhand

It is so powerful to make a two-handed backhand. Due to the fact that it is backed by two hands. When a player hits a shot with two backed hands, it becomes difficult for the opponent to return it. It is possible for the competitor to lose or suffer a terrible hit if he or she is weak.

So, how to make a two-handed backhand shot?

You have to put your dominant hand at the bottom of the racket and another hand at the front. Now, just focus on the ball and hold on to your position. Keep yourself balanced as you see the ball coming your way.

When you are doing the two-handed backhand stroke, place both hands on the racquet. Make sure the hands are not overlapping with each other; there must be space between the two hands.

I have found that hitting the ball with both hands is much stronger and more comfortable than other methods of hitting.

Suggestions To Hit the ball Effectively

Several tennis players are out there, playing tennis. But who is going to conquer in the court like a pro?

It depends on how they have absorbed each and every technique and trick of the game and get the best tennis practice machines. However, there are portable machines and not much expensive one can buy under 1000 dollars also.

You will be surprised that you can get a tennis machine for your dog as well.

You must consider the suggestions down below:

The more you practice the strokes, the more effective you will be on the court. To be an expert-level player, you need high consistent training. Moreover, acknowledging the rules and tricks is not enough; you have to implement them through practicing and improving day by day.

Always try to prepare yourself early before the opponent’s shot hits your side. Don’t lose your focus on the ball. I have noticed mostly, that the players don’t prepare themselves to hit back properly; they lose their focus and then rush to hit the shot back. That’s all you shouldn’t do.

Right grip is one of the most significant aspects of tennis. How you hold the racquet defines how effective your shot will be. Don’t keep it so tight or lose. Learn to grip the racquet in a perfect way, as explained above in the continental, eastern, western, and semi-western grips.

How far you will go on the court depends on how consistent you are at the good shots. And consistency comes with practicing different volleys and foot movements. With the aim to be more consistent, recover yourself quickly after hitting the shot so that you never miss the next shot.

When not to Hit the Tennis Ball

On the court, you feel the need to hit every ball, whether it is the correct shot or not. However, you have to let some shots pass during training. When hitting the outstretched tennis shots, there is a possibility that you will fall badly and injure yourself. Incorrect techniques are also a reason for not hitting the ball.

You become addicted to hitting the ball the wrong way when you keep hitting it with the wrong grip and wrong technique. The reason you should let some shots miss is so you can focus on the best techniques and only practice the right ways during training.

A real match, however, requires you to use the best techniques and never miss a shot. Giving your best is what you want to do in order to win.

How to Hit a Tennis Ball Hard

Tennis ball hitting methods like forehands, backhands, overheads, and two-handed backhands have all been discussed. These are all the best ways to hit any kind of shot hard which is familiar to your grip.

Now that you’ve learned all these techniques, you’ll be able to make your shots harder. The only thing you need to do is make sure the ball doesn’t fall outside of the court by hitting it too hard.

However, swing the racket around your body, keeping in mind your grip and your shot, and hit the ball forcefully by keeping the distance, technique, and rules in mind.

How to Hit a Tennis Ball Slower

Playing tennis is an easy thing but learning to hit a tennis ball slower and harder is a little tough. Because you have to go through the perfect body balance and perfect racquet swing while keeping the distance in mind between the court and the opponent.

Why You Should Learn To Hit the Tennis Ball?

Every tennis player has to go through hundreds of factors to learn the tennis game completely. There are so many successful tennis players like Roger Federer, Rafael Nadal, and Novak Djokovic. All of them focus on every minute trick of tennis. That is what makes a tennis player outperform the competition.

However, you must have to learn when to hit a ball and how to hit a tennis ball, and whether should you hit harder or slower or overhead, etc. After mastering the hitting ball technique you will become a tennis pro.

How to Avoid Hitting Ball Ineffectively?

Those who do not agree to learn the game consistently are going to fail. Because they keep hitting the ball in false ways. There are 4 tennis grips involved in the game and there are four tennis shots involved as well.

If a player hits the ball with the wrong grip and wrong shot, he/she might see the shot went well but in the end, this will ruin their career. To avoid the wrong ball hitting one must master the tennis grips and all the ball hitting techniques like forehand, backhand, and overhead.

QNA of How to Hit a Tennis Ball

You can hit a tennis ball by keeping the racket straight and face up toward the net and be ready to shoot the ball. The most important thing is to perform some exercises before hitting the ball.

There are many ways to hit harder shots in tennis. All you need to do is get ready and focus on the ball. After that, you have to get a grasp on your best grip. That’s all. Now it’s time to hit the tennis ball.

Hitting a tennis ball by running means you are going to face strong volleys and these shots will make you the best player.

Conclusion of How to Hit a Tennis Ball

I am confident that after going through the article, you have understood how you can make your tennis more effective. Now you won’t just hit the ball, but you will definitely pay attention to hitting it adequately. Execute these exercises and grips; these will surely help you to be a next-level tennis player.

Remember, the professionals didn’t have the inherent talent. They made themselves experts by practicing and improving their skills day by day. So why can’t you? Following all the mentioned aspects of the game, you will notice the difference in your performance.

Tennis Geek's goal is to help people make the right decision. When buying something, they need to know everything about it. Aside from that, they can make good use of all information and make their lives more enjoyable.